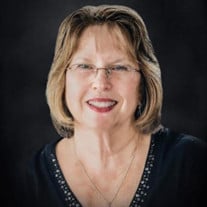 Belinda Diane (Wilkerson) Brown, 67, of Canton, Georgia, passed away peacefully, surrounded by her family on January 22, 2022. Belinda was born to Floyd and Ruby Wilkerson on June 29, 1954, in Winter Haven, Florida. She attended Haines City High School and was most passionate about her friends and her Christian faith. After graduating high school Belinda worked in retail sales. She would later serve as a preschool teacher and a nanny where she touched countless young lives. In 1967, at the age of 13, Belinda met her husband, Melvin Brown. They married six years later on August 24, 1973, and went on to have three children, Jason, Jenna, and Holly. In 1987, they moved their family from Miami, Florida, to Marietta, Georgia. In addition to her love of God, family, and friends, Belinda was truly passionate about animals. She was a staunch animal lover and fierce advocate for animal rights. She was a loyal supporter of the American Society for the Prevention of Cruelty to Animals (ASPCA), the National Wildlife Federation, and local pet shelters. To say Belinda was an “animal lover” would be a tremendous understatement! Anyone who knew Belinda, knew that she was incredibly kindhearted with a great sense of humor. She had an immense passion for her family and friends and was always a source of positivity. Belinda will be missed more than words can say. Belinda joins her father, Floyd, in Heaven. She is survived by her husband of 48 years, Melvin, mother, Ruby, brother, Jerry, sister, Melissa, son, Jason, daughters Jenna and Holly, sister-in-law Janet, brother-in-law Brian, son-in-laws Adam and Jason, daughter-in-law Amethyst, and grandchildren, Eowyn, Maddux, Kameron, and Laiken, and her beloved pets Journey (dog) and Reecie (cat). In lieu of flowers, contributions in memory of Belinda can be made to The Elephant Sanctuary in Tennessee and/or the Beagle Freedom Project. A visitation will be held at Darby Funeral Home, 480 E. Main St., Canton, Georgia 30114, on Monday, January 31, 2022, at 10 a.m., followed by a Celebration of Life ceremony at the same venue at 11 a.m. “See, I am sending an angel ahead of you to guard you along the way and to bring you to the place I have prepared.” (Exodus 23:20) The Celebration of life will be live-streamed at: https://vimeo.com/event/1765000

The family of Belinda Brown created this Life Tributes page to make it easy to share your memories.

Send flowers to the Brown family.