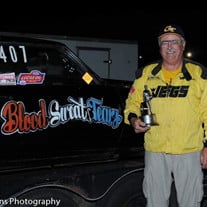 Dickey Pierce Forrester, age 68, of Hickory Flat community in Cherokee County, died unexpectedly on Wednesday, September 8, 2021, at Piedmont Mountainside Hospital in Jasper, Georgia. Dickey was born on October 25, 1952, the son of Pierce and Lavern Forrester of Hickory Flat. Dickey attended Hickory Flat Elementary School and Cherokee High School, graduating in 1970. He attended Georgia Institute of Technology and graduated in 1974 with a bachelor’s degree in civil engineering. Dickey was employed by the Georgia Department of Transportation during his college years and continued his employment there for 34 years. At GDOT, Dickey worked numerous positions in construction and maintenance and developed a reputation as the leading expert in Traffic Control. He was the author of substantial sections of the current GDOT construction traffic control specifications. As he rose through the ranks at GDOT, Dickey also found the time to study and pass the Professional Engineering Test to become a licensed PE, a feat very difficult for engineers that work mostly in field operations. Dickey retired from GDOT in 2005. He stayed retired for a short period of time, then began employment with Moreland Altobelli. This company later became Atlas (Legacy MA). He worked with this company in various civil engineering positions for 14 years. Dickey showed he was a proven leader with extensive experience with all aspects of field work, project management, and on-call type contracts. Dickey was always enthusiastic about everything he did, whether for professional or personal endeavors. He was a great conversationalist and a fount of knowledge in the Civil Engineering world. This carried over into his drag racing career. Dickey’s hobby and passion was drag racing. He started at age 16 in his 1964 Pontiac Catalina. Driving various cars over the years to include several first-generation Camaros and Firebirds, Dickey raced at tracks all over the southeastern states. His cars were like members of the family. He was a Pontiac nut, but his favorite sons were Chevrolets. Dickey was a track champion in the Sportsman Bracket for many years at his home track, Atlanta Dragway, in Commerce, Georgia. Dickey liked American cars, the ones with brute straight-line acceleration. From March to October, his weekends were given to racing. He could tell you exactly why a car worked. “I’ve never understood why growing up means you have to quit having a good time. I have no argument if a guy wants to do nothing but dig shrubs and mow the lawn, as long as he doesn’t say that I’m wrong for racing.” Dickey was not a cluttered man, not in thought, word, or deed. He was considered a craftsman and was more committed to good will and fair play than winning ugly. Dickey was a loyal friend, and his smile was a beacon. He was a gentle giant, an honest, hardworking man. Dickey was preceded in death by his parents, Pierce and Lavern Forrester. He is survived by his wife, Merrilyn Jones, of Hickory Flat; brother, David Forrester, of Hickory Flat; sisters Mary Ann Goss of Marietta, Martha Jo Owens of Hickory Flat, and Sue Morris of Woodstock. Valued friends are Chad Brewer, Phillip Wigington, Tim Keeton, Chris Carlisle, Larry Chance, and Al and Tracy Schaeffer. Dickey is also survived by several much-loved nieces and nephews, and his invaluable dog, Buzz. A Celebration of Life will be held on October 23, 2021, at the Cherokee Conference Center at the Bluffs, 1130 Bluffs Parkway, Canton, GA, 30114, from 4:00pm to 8:00pm. Please come and share your memories of Dickey Forrester.

The family of Dickey Forrester created this Life Tributes page to make it easy to share your memories.

Send flowers to the Forrester family.