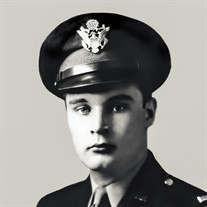 Douglas Elleby was born in Minneapolis on 6/21/1922 and passed on 11/11/2020. He attended West High School, University of Minnesota and received a Business degree. He is pre-deceased by Sidney DeVold (father), Beatrice Elleby (mother) and Henry Elleby (adoptive father after S. DeVold passed away), Gordon Elleby (brother), Hotten “Miller Elleby (brother) and Judith “Millet” Elleby (sister). Douglas has been married to Dulcemaria Elleby for 72 years. He was the last of 3 siblings to pass on and is survived by many relatives including his children and spouses: Judy Cantu (Pepe Cantu) , Douglas Elleby (Pam Elleby), Darcy Pino (Peter Pino), and Sandra Averhoff (Carlos Averhoff) as well as his 11 grandchildren and spouses: Katy Sudano (Nick Sudano), Chito Criado (Valerie Criado), Tommy Criado (Kristin Criado), Douglas Criado (Yami Criado), Judy Cantu, Kuki Cantu (Adrian Cantu), Daisy Cantu, Barron Elleby (Julie Elleby), Ryan Elleby (Laura Elleby), Chase Elleby (Jill Elleby), and Bryce Elleby (Kristina Elleby). Also 21 great grandchildren: Andre Sudano, Alexandria Sudano, Vittoria Sudano, Nicole Sudano, Ariana Sudano, Lia Sepulveda, David Villareal, Alana Cantu, Federico Cantu, Liliana Elleby, Baer Elleby, Sullivan Elleby, Nixon Elleby, Reese Elleby, Emma Chase Elleby, Avery Elleby, Nicolas Criado, Sofia Criado, Robbie Criado, Maile Criado, and Ryker Elleby. An important achievement in his life was having been accepted into the officer candidate school where he became a lieutenant and then served in the USA Military in the Air Corps division during WWII. During the war he was sent to Baltra, one of the many islands of the Galapagos and ended up in San Jose, Costa Rica. In April 2018 he was invited to visit the WWII memorial and more in Washington DC by the Roswell Rotary Honor Air. We are grateful that he was able to attend. After the war, Douglas went back to Minnesota where he worked for Firestone. He met Dulcemaria there and a short while later they were married. With Dulce’s pull, he was offered to work for the US Department of State, foreign service. The majority of his career was in the diplomatic corp mostly in Brazil, then El Salvador, Monterrey Mexico, and Panama. He retired at the age of 56 and has lived in Georgia ever since enjoying the life of being a husband, father, grandfather and great grandfather! He enjoyed classical music, reading, driving around the country visiting his children, and telling jokes every Sunday at the dinner table with friends and family. His biggest and most important accomplishment was to have a close relationship with all his family members. He has taught us all the importance of family and all that it encompasses. We all call him “Wito” and we will always love him and the legacy he has left behind. He will be greatly missed and his memory will continue to be cherished. The family will receive friends at Darby Funeral Home on Thursday, November 19, 2020 from 9:30am to 11:30am. The funeral service will immediately follow the visitation at 11:30am in the chapel of Darby Funeral Home. Interment will follow at 1:30pm at Georgia National Cemetery. The caring staff of Darby Funeral Home is honored to serve the Elleby family.

Douglas Elleby was born in Minneapolis on 6/21/1922 and passed on 11/11/2020. He attended West High School, University of Minnesota and received a Business degree. He is pre-deceased by Sidney DeVold (father), Beatrice Elleby (mother) and Henry... View Obituary & Service Information

The family of Douglas Arthur Elleby created this Life Tributes page to make it easy to share your memories.

Send flowers to the Elleby family.