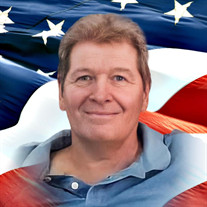 Edward Kasimir Turon was born in Brooklyn, New York on January 30,1964 to Elizabeth and Kasimir Turon. He was the middle child to older Sister, Basia and younger Brother, Robert. Eddie proudly served in the United States Air Force. He was stationed in Florida and Japan where he advanced to the rank of Sergeant. After graduating from Old Westbury College with a Master’s in Finance he went on to work for Companies such as Avis and IBM. One of Eddie’s favorite interests was sports and he enjoyed playing Baseball with his brother Robby. Eddie was an avid Yankees, Giants and Islander’s fan. Eddie looked up to his sister, Basia, his whole life as a spiritual example of strength and faith. Through mutual friends and a common love for baseball Eddie met his future wife, Diane Dziubela, in the summer of 1995. They married November 16, 1997. Eddie and Diane moved to Colorado in 2003. In May 2005 they welcomed long awaited twin daughters, Emily Rose and Hayley Elizabeth. Their faith in God and support from family and friends helped them persevere through the girls’ unexpected premature delivery and struggle in the first few months of their lives. In December of 2008 they welcomed their third daughter, Stephanie Danielle, into the world. Eddie was strongly committed to his family. He and Diane have been raising their girls with a strong faith in God and love for their Country. Their love and respect for each other was reflected in their constant devotion to their daughters. There was nothing Eddie loved more than taking his girls out for hikes in the beautiful state of Colorado. The family relocated to Georgia in 2017 when Eddie accepted a position at the Federal Reserve Bank of Atlanta. It gave them the opportunity to be closer to their families. In April of 2021 Eddie received the devastating diagnosis of Stage IV Colon Cancer. He valiantly fought his battle accompanied by the immense support and prayers from family and friends along with his enduring faith in God. Eddie passed away on September 18 at Northside Cherokee Hospital from Covid and complications due to his cancer. Diane was at his side as he was called home to God. Eddie had great pride in his strong Polish heritage and Catholic faith. His parents love and continuing devotion to each other had always been a tremendous influence in his life. He strived to raise his girls with the same love and support he received his whole life from Ma and Pop, Basia and Robby. Eddie's nieces and nephews loved their Uncle dearly. They looked up to him and appreciated his wisdom and guidance. Anyone who met Eddie would agree he was a funny and engaging person. He made everyone around him feel comfortable and at ease. He loved to discuss politics, sports and had an enthusiastic interest in military planes and WWII history. He enjoyed these conversations even more with a coffee or a great Polish or Canadian beer. Eddie and Diane would have celebrated their 25th Wedding Anniversary this year. Eddie will never be forgotten as a loving and devoted Son, Brother, Husband and Father. In lieu of flowers the family ask that donations be made to Tunnel to Towers Foundation in Eddie's name.

Edward Kasimir Turon was born in Brooklyn, New York on January 30,1964 to Elizabeth and Kasimir Turon. He was the middle child to older Sister, Basia and younger Brother, Robert. Eddie proudly served in the United States Air Force. He was stationed... View Obituary & Service Information

The family of Edward Kasimir Turon created this Life Tributes page to make it easy to share your memories.

Send flowers to the Turon family.