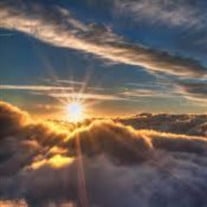 It’s with great sadness we announce the passing of Fred Russell Lambert, age 66, August 19, 2020 after a 5 week battle with Covid. He was a loving husband, father, brother, uncle and Poppy, and so much more. As a young man, he often chose the unorthodox route. He owned countless classic cars, got kicked out of college, and married the cute, unconventional, Chris Bradley Lambert. One of these choices would prove to be the best one of his life. Fred and Chris went on to build a family, raising Brad Lambert and Katie Lambert Clemmons who blessed him with 5 grandchildren, Charlotte, Olivia, Asher, Nora, and Carter. Together, Fred and Chris worked tirelessly, for him to achieve his dream to become a pilot. He led a 27-year career flying commercial planes, achieving the Chief Pilot position to lead his fellow pilots. He always helped the underdog no matter what the personal consequences would be. Fred was a leader of a different kind. He spoke often about the fact that people remember how you make them feel, not what you say. He was relentlessly optimistic. He was willing to reinvent himself and grow, thus inspiring others to do the same. He would fight for those who couldn’t fight for themselves. But more than that, he instilled his belief in you, that you were important, worthy, and capable. He could tell a joke and a lesson in the same sentence, leaving you laughing and reflecting in the same thought. He’d ask you to hold the flashlight and teach you to change the oil. He somehow caught many fish on his tangle of fishing poles. Although our hearts are heavy, we celebrate his full life as we got to see him and learn from his very best. Please keep our family in your thoughts and prayers as we process this loss and find ways to celebrate Fred. Darby Funeral Home is honored to serve the Lambert Family.

It&#8217;s with great sadness we announce the passing of Fred Russell Lambert, age 66, August 19, 2020 after a 5 week battle with Covid. He was a loving husband, father, brother, uncle and Poppy, and so much more. As a young man, he often... View Obituary & Service Information

The family of Fred Russell Lambert created this Life Tributes page to make it easy to share your memories.

It’s with great sadness we announce the passing of Fred Russell...

Send flowers to the Lambert family.