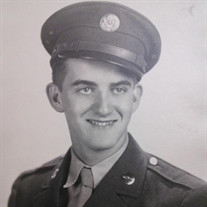 The following obituary was written by George’s oldest daughter Nancy. You will notice “George” and “Dad” are interchanged throughout. Our beloved father, George Thomas Peshel (age 93), quietly departed from this world for his heavenly home during the early morning hours on Friday, September 25, 2020, at North Fulton Hospital in Roswell, GA. The cause of death was a stroke. Oldest daughter Nancy Peshel (fka Reilly), daughter Mary/Shawn, Andy and Emily Laszlo, and youngest son James, George and Ansleigh Peshel were in attendance at George’s bedside. George was born in Evelyth, MN, on May 19, 1927 to parents George and Marie Peshel. George’s father passed away in 1958 from a stroke and his mother Marie passed away in 1994 from complications of congestive heart failure. George’s older sister Margaret Kirn and his younger brother Lawrence (Aunt Margie and Uncle Larry) have been waiting for George to join them in heaven. George’s much loved and adored wife Irene passed away on November 4, 2014 in an assisted living residence from complications of septicemia. Dad patiently waited almost six years to see her again. In 1945, George graduated from Tilden High School on the southwest side of Chicago. George’s short lived first job following graduation was at the Union Stock Yards and Railroad on the south side of Chicago. Around this time, George’s family moved from Chicago to DeMotte, IN. George and his father ended up spending about 3 1/2 hours a day in the car as they shared a ride from DeMotte into Chicago for work. George completed Army basic training in 1946. He was stationed in Strasbourg, Austria, where he received training to operate a tank. Following George’s service in the US Army, he began working for Youngstown Sheet and Tube steel company in Indiana Harbor, IN. Ultimately, the company was purchased by LTV Steel. George was a supervisor in the customer service department. George retired in 1994. On a personal note, the people Dad worked with at LTV Steel became his life long friends. Dad had an active dream life once he fell asleep. Every once in a while, dad would tell me (in detail) about his latest dream. His dreams almost always centered around LTV Steel and the people he worked with. Art (wife Fran), Ed, Kevin, Charlie, Jim, George and Ozie were all very special people to my dad. Upon George’s retirement from LTV and Irene’s retirement from Methodist Hospital (mom was a nurse in the intensive care unit), they moved from Highland to the small country town of Springville, IN. Dad traded in his white hard hat for a bass boat, a bait casting rod/reel, and his forever fishing partner-Irene. Mom and dad fished on Lake Monroe as often as they could. For many years, dad kept busy with vegetable gardens, harvesting apples and pears, building bird houses and his share of cutting over 2 acres of grass-once or twice a week. We all have very fond memories of time spent at Grandma and Grandpa’s house in the country. George moved in with Nancy (Canton, GA) in October of 2015. Dad had his own phone number where he kept in touch with family and friends. I began to notice an incredible amount of mail, addressed to George, from multiple charities with most of them being Catholic charities. I soon discovered, dad had been mailing checks to these charities on the sly without my knowledge. At one point, there was enough charity mail to cover the entire surface of my kitchen table (see photo). This was the true essence of my father. He was in a position to give openly-but we had to cut down the list of recipients. If anyone deserved an address in heaven based on temperament, goodness, and charity-my dad did. No family escapes tragedy. My brother George suddenly passed away at the age of 34 from an undiagnosed cardiomyopathy. George lost his dad at an early age-his mother Marie lived to the age of 90. George lived to mourn the tragic death of his nephew Jimmy Kirn. George lived to mourn the passing of his sister Margie and brother Larry. George lived to mourn the passing of Irene’s parents, and Irene’s brothers-Tom and Edward. George and Irene lived to mourn the devastation associated with divorce in two of their children’s marriages. George suffered through a full year of continuous worry and loss when Irene was taken from him to live the balance of her life in a “nursing home”. My dad’s new “best” friend (and neighbor) Mr. Vaughn passed away in December of 2019. George and Mr. Vaughn spoke at least every day with short visits in between. After Mr. Vaughn’s death, I began to notice a change in my dad’s behavior. Only a few months ago, George lived long enough to mourn the passing of his dear sister-in-law Norma Roscoe (age 94). Most would understand the tragic events in George’s life to have had a negative impact. That’s not my dad. Although forever changed, George never brooded over his losses. My dad became my emotional rock during the last 6 years. My plan was to look after and care for my father when all along, it was God’s plan that my father selflessly provide me emotional support, unconditional love and an example of how I should live the balance of my life. It’s always a shock to realize that life goes on when someone we deeply love passes away. Our family was fortunate to have had George as our father and Irene as our mother. All in all, the world is a better place to live because of George and the lives he has touched. To celebrate George’s life, Mary and Shawn Laszlo have agreed to host an “Irish wake” at their home in Bedford, IN, on May 15, 2021. Announcements will be mailed out in March of 2021. God Bless You All.

The following obituary was written by George&#8217;s oldest daughter Nancy. You will notice &#8220;George&#8221; and &#8220;Dad&#8221; are interchanged throughout. Our beloved father, George Thomas Peshel (age 93), quietly departed from this... View Obituary & Service Information

The family of George Thomas Peshel JR created this Life Tributes page to make it easy to share your memories.

The following obituary was written by George’s oldest daughter...

Send flowers to the Peshel family.