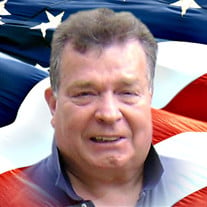 JAMES MICHAEL RIVERA Dear Family and Friends, It is with deepest sorrow and broken hearts that we inform you of the sudden passing of Jim Rivera, November 21, 2019 at Cherokee Northside Hospital, Canton, GA. Jim’s health had declined over the last two months and his declining kidney function became critical. During dialysis, his heart stopped and doctors were not able to revive him. Born in Bronx, NY in 1944, he was the son of the late Philip and Esmerelda Rivera. Jim was the third of four children, grew up in Manhattan, NY and received BA and MA from City College of New York. He joined the Army 10/1965, was stationed in Korea during the Vietnam Conflict and received an Honorable Discharge 10/1967. Jim spent the most of his career in Federal Government with the Dept. Of Health & Human Services as Director of Software Training and in Executive Service. Jim developed and managed an annual 5k race and walk for the DHHS, The Parklawn Classic. He also taught horseback riding, was a volunteer for the suicide hotline, acted in and directed plays at the Montgomery County Playhouse, developed an improv troupe and participated in 21 marathons and 13 triathlons. Jim retired in 2007 and relocated to Canton, GA where he met the love-of-his-life, Claire, and married her in 2008. He continued to teach improv, portrayed Sequoyah for the Funk Heritage Center on Reinhardt University Campus and volunteered as a docent for the Funk Heritage Museum. Jim is survived by his wife, Claire Stringer Rivera, step-daughter, Holly Costanzo, Atlanta, step-son, Todd Costanzo, Marietta, sister and brother-in-law, Karen and Phil DeVivo, St. Cloud,FL, niece and husband, Kaleena and Mike Greenberg, grand-niece and nephew, Ziva and Logan, Orlando, FL, nephew and wife, Kyle and Meghan DeVivo, grand-nephew, Weston, Marlton, NJ and nephew and wife, Kevin and Wilda Fleming, Williamsburg, VA. Jim was pre-deceased by his parents, Esmerelda and Philip Rivera and his elder sister, Francis Fleming. Cremation has taken place. On Thursday, December 5 at 12:00pm celebration of Jim’s life will be held at Darby Funeral Home Chapel, 480 East Main St., Canton, GA. He will be buried at Georgia National Cemetery at 2:00pm, the procession to the cemetery will leave at 1:00pm. The family will receive friends from 11:00am until the time of service. In lieu of flowers, donations can be made to the Funk Heritage Museum, 7300 Reinhardt College Cir, Waleska, GA 30183, in memory of Jim or to a veterans-in-need organization.

JAMES MICHAEL RIVERA Dear Family and Friends, It is with deepest sorrow and broken hearts that we inform you of the sudden passing of Jim Rivera, November 21, 2019 at Cherokee Northside Hospital, Canton, GA. Jim&#8217;s health had declined... View Obituary & Service Information

The family of Mr. James Rivera created this Life Tributes page to make it easy to share your memories.

It is with deepest...

Send flowers to the Rivera family.