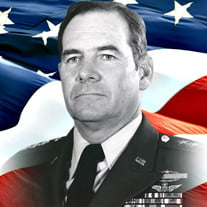 LIEUTENANT GENERAL JOHN N. BRANDENBURG United States Army, Retired General Brandenburg was born in Enid, Oklahoma, on 29 April, 1929 and grew up in Woodward, Oklahoma. He earned a Bachelor of Science Degree from Oklahoma State University and a Master of Science Degree from George Washington University. He was commissioned a second lieutenant as Distinguished Military Graduate through the Reserve Officer Training Corps Program at Oklahoma State University and came on active duty in June 1951. General Brandenburg has served in Korea twice, in Germany and twice in Vietnam. He commanded at every level from platoon through Corps. After commanding at battalion and brigade levels, he was assigned as Assistant Division Commander, 101st Airborne Division in 1974 and later became XVIII Airborne Corps and Fort Bragg Chief of Staff in 1957. General Brandenburg assumed command of the 101st Airborne Division at Fort Campbell in 1978 and served in that capacity until 1980. His final assignment was Commander of I Corps at Fort Lewis where he served from 1981 until 1984. He also held key staff assignments throughout his career, including Headquarters, Department of the Army in the Pentagon. Military schools attended include the Infantry School, Aviation School, Airborne School, Air Assault School, Command and General Staff Collage and the National War Collage. His awards and decorations include the Distinguished Service Medal, two Silver Stars, three Legions of Merit, two Distinguished Crosses, two Bronze Stars, 14 Air Medals, and the Purple Heart, plus numerous foreign decorations. He has been awarded two Combat Infantry Badges and earned the Parachutist, Air Assault and Master Army Aviator Badges. General Brandenburg retired from the Army in May 1984 after 33 years of service. Following his retirement, he served as the Chairman of the Cherokee County, Georgia Commission for four years from 1991 through 1995. He and his wife Beverly live in Canton, Georgia. They have three children, three grandchildren and three great grand children.

The family of Lieutenant General John Nelson Brandenburg created this Life Tributes page to make it easy to share your memories.

Send flowers to the Brandenburg family.