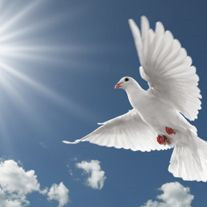 M. Claire Stringer was born on July 17, 1949 in Kingsport, TN and lived until 1967, when she went to Emory University, beginning at Oxford College and moving to the Atlanta campus beginning first. Throughout college she maintained a part-time job and did volunteer work in addition to her Psychology course work at Emory. Upon graduation in 1971 with a BA in Psychology, she married and began her career in Human Resources Management with the Sheraton Biltmore Hotel, where she was HR Generalist. In 1976 she gave birth to son, Todd Costanzo, and in 1979 gave birth to daughter, Holly Costanzo. She loved her children dearly and juggled working with caring for her children. As her children grew and thrived, she continued to rise within the sphere of HR where she went on served as VPHR with two high tech companies in Atlanta. In 2008, she retired and met the love of her life, Jim Rivera, to whom she was married for eleven wonderful years until his passing from cancer complications, renal and heart failure in November 2019. The same year she contracted colon cancer and began cancer treatment. Claire died from colon cancer on December 20, 2020 and is survived by her son, Todd Costanzo, Marietta, GA, daughter, Holly Costanzo, Atlanta, GA, sister-in-law, Betty Stringer brother, Hal Stringer, Dallas, TX, nephews, Jeff Stringer, and wife, Laura and children, Huntley, IL, Chris Stringer and wife Erin and children, Frisco, Tx, sister, Patricia Stringer and husband Lewis Leonard, Savannah GA, nephew, Gabriel Leonard and son, Savannah, GA and many cousins and families. Remembrances may be given to local animal shelters or to the charity of your choice. The staff of Darby Funeral Home is Honored to serve the Stringer family.

M. Claire Stringer was born on July 17, 1949 in Kingsport, TN and lived until 1967, when she went to Emory University, beginning at Oxford College and moving to the Atlanta campus beginning first. Throughout college she maintained a part-time... View Obituary & Service Information

The family of M. Claire Stringer created this Life Tributes page to make it easy to share your memories.

Send flowers to the Stringer family.