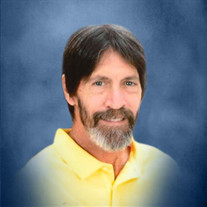 Michael “Mike” Joseph Newman, 61, passed away December 12, 2019 after a long battle with cancer. Mike was born on December 16, 1957 to Donald E and Barbara J (Eisen) Newman in Indianapolis, Indiana. As a young boy Mike and his family moved to Jacksonville, Florida in 1963. Mike graduated from Samuel L. Wolfson High School in 1975. After High school he went on to work in the telecommunication industry. He studied all that was involved with cable tv earning numerous certifications as he worked his way up to be a CATV Engineer. He retired from cable work after over 35 years in 2018. Mike was warm, caring, and loving husband and father. His hobbies were spending time with his family, fishing, hunting, and playing with his grandchildren and great grandchildren. In 1984 Mike meet the love of his life while working at Continental Cablevision. Mike was a technician and Diana was a dispatcher. He decided that he wanted to put a face with the voice that he kept hearing on the 2 way radio. He came into dispatching one evening and they were married two weeks later on October 13, 1984 and remained together for the rest of his life. He will be dearly missed by his loving and devoted wife of 35 years, Diana, his daughters Jamie Coogan (Zach), Laural Hill, FL, Kimmie Grissom (Marc), Pensacola, FL, and Jenny Bannochie (Doug), Peyton, CO. Sisters Cheri Correll (Jim), Blairsville, GA, Sandi Newman (Joe), Tifton, GA and Jennifer Puhl (George), Jacksonville, FL. Ten grandchildren and two great grandchildren, his in-laws Calvin and Faye Eldridge, Ball Ground, GA, his brother in-law Calvin III and wife Sheri Eldridge, Ball Ground, GA, his step mother Betty Newman, Jacksonville, FL, and numerous nieces, nephews and cousins. He will be reunited in heaven with his son, Ryan, his parents, Donald and Barbara, his sister in-law, Natalie Eldridge, his nephew Christopher Eldridge and his niece Jessica Puhl. The family would like to thank all of his doctors, nurses, pharmacist, and his visiting nurse. They all went above and beyond taking care of Mike. A viewing will be held from 12:00pm to 2:00pm on Tuesday December 17, 2019 with the funeral following at 2:00pm in the Darby Funeral Home Chapel. Arrangements are being handled by Darby Funeral Home, 480 East Main Street, Canton, GA 30114.

The family of Michael Joseph Newman created this Life Tributes page to make it easy to share your memories.

Send flowers to the Newman family.