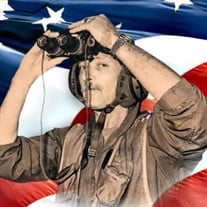 Not sure what to send?

Robert Tucker Middlebrook, 84, of Waleska, Ga, passed away peacefully on Sunday January 9th, 2022. “Tuck” was born on January 4th, 1938 in Trumbull, Connecticut to Robert and Grace Middlebrook. His godparents were Victor and Vivian Moulton. After being graduated from the University of Connecticut in 1960, he joined the Marine Corps and went to flight school to learn to fly helicopters. He worked in US Steel, Atlantic Aviation, and Flight Safety International, where he had a distinguished 30 year career. Tuck’s 50 years of military service included flying mostly Huey helicopters for the Marine Corps and Army National Guard, where he was involved in countless rescue missions and mentoring many other pilots as a flight instructor. Once he retired from the military he continued serving in aviation. Once he could no longer fly, he traded his wings for motorcycles, riding in charity events and serving as a member of the Patriot Guard Riders. He was an active member of many more organizations and events, such as Army Aviation Heritage Foundation and Marine Corps League of Woodstock, GA. Through the Heritage Foundation he participated in Vietnam-era airshows and flight demonstrations. With his dry sense of humor he was known as a character, a trooper, a patriot, and charismatic. He was a gentleman, fiercely loyal to many family, friends, and pets. Tuck would do anything for his friends and family, and he never met a stranger. Things always got better when he walked into a room. He is survived by his wife of 35 years, Nancy Middlebrook. His children and their spouses are Steve Middlebrook of Easley, SC, Linda and Michael Manion of Powder Springs, GA, Jennifer and Paul Wright of Dawsonville, GA, and Jenny Beninato of Woodstock, GA. Tuck is also survived by eight grandchildren: Hunter Middlebrook, Morgan Wright, Dean and Ashley Wright, Nicholas Salter, and Levi, Natalie, and Delana Manion. Visitation for Tuck will occur on Thursday February 10th at 12pm with service at 1pm at Darby Funeral Home in Canton, GA, followed by military honors at the Georgia National Cemetery in Canton, GA at 3pm. In lieu of flowers, please feel free to donate to the following organizations: Wounded Warrior Project Afflac Cancer and Blood Disorder Center at Children’s Healthcare of Atlanta The funeral service will be live streamed at: https://vimeo.com/event/1721469

The family of Robert Tucker "Tuck" Middlebrook created this Life Tributes page to make it easy to share your memories.