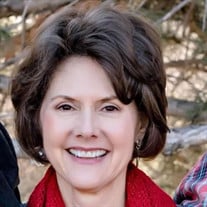 Obituary for Susan Maureen (Bryson) Kirkley Susan Maureen Kirkley was born in Plainfield, New Jersey on July 3, 1948, to Leo and Anne Doyle. Susan graduated from Woodbridge Senior High School in 1966 and from Fairleigh Dickinson University in 1970 with a degree in education, allowing her to pursue her lifelong passion for teaching. Susan began her career in Florida, where she married and had two sons, Jason and Brian, to whom she was the most loving, wonderful mother. Susan relocated to the Atlanta area and taught fifth grade at Mountain Park Elementary for over 30 years, where she influenced innumerable children with her kind and attentive manner. She was beloved by faculty, parents, and students alike, and she received many accolades, including Teacher of the Year. She made many, many dear friends during her time in education. In retirement, Susan was happily united in marriage to John Kirkley on November 30, 2013, and the two of them shared many laughs and adventures, creating a beautiful life together in the Soleil community outside of Canton, Georgia. Susan passed away on Saturday, December 11, 2021, at Manor Lake Assisted Living - Bridgemill, at the age of 73 after a struggle with Alzheimer’s disease, which she faced with strength and grace, as she did all things in life. Those of us who were lucky enough to love Susan know that she was pure of heart and she had an uncanny ability to make you feel like you were the only person in the world when you were with her. She lit up every room she walked into with her beauty and grace and never said an unkind word about anyone. She will be fiercely missed. The family will receive friends at Darby Funeral Home on Wednesday, December 15, 2021, starting at 1:00 p.m. A memorial service will be held immediately after the visitation at 2:00 p.m. in the chapel. Reverend Jim McCrae will officiate. Mrs. Kirkley is survived by her loving husband, John Kirkley, Sr., sons, Jason (Amy) Harms of Washington, D.C., Brian (Holly) Harms of Littleton, CO, grandchildren, Brittany Harms and Soha Hemaidan of CO, stepsons, John Kirkley, Jr., of Ponte Vedra Beach, FL, Andrew Kirkley of Brookhaven, and Jason Clay Kirkley of Sandy Springs, sister, Leanne (Tom) King of Punta Gorda, FL, and nephew Stephen Matiunas of Alexandria, VA and Christine Kulhawik of Olympia, WA. The caring staff of Darby Funeral Home is honored to serve the Kirkley family. The funeral service will be live-streamed at: https://vimeo.com/event/1651309 In lieu of flowers, please consider making a gift in Susan’s honor to the Alzheimer’s Association.

The family of Susan Maureen Kirkley created this Life Tributes page to make it easy to share your memories.

Send flowers to the Kirkley family.